Do you have a Nodule or Bump on your Hand?

Dupuytren’s disease is a disorder of the palm and fingers that causes the normal layer of tissue beneath the skin (fascia) to thicken and contract over time. Most patients will first notice a nodule in their palm prompting them to have it seen by a physician. The good news is that this condition is benign and slowly progressive. In fact, sometimes it may not progress at all. When they do, the nodules will become larger and thicker causing the finger to contract into the palm. These are called cords and are often mistaken for problems or deformities of the underlying tendon, although the tendon is uninvolved. The finger will appear “bent” and will not be able to be passively straightened.

Nodules and cords are usually nontender, but the finger contractures associated with them can cause dysfunction with shaking hands, gripping objects and laying the hand flat. The ring and small fingers are most commonly involved, and both hands are usually involved at differing extents. The cause of Dupuytren’s disease is largely genetic and is more common in people of Northern European or Scandinavian descent. Diabetes, seizure disorders, older age, male sex, alcohol and tobacco use have also been found to have associations with the condition. 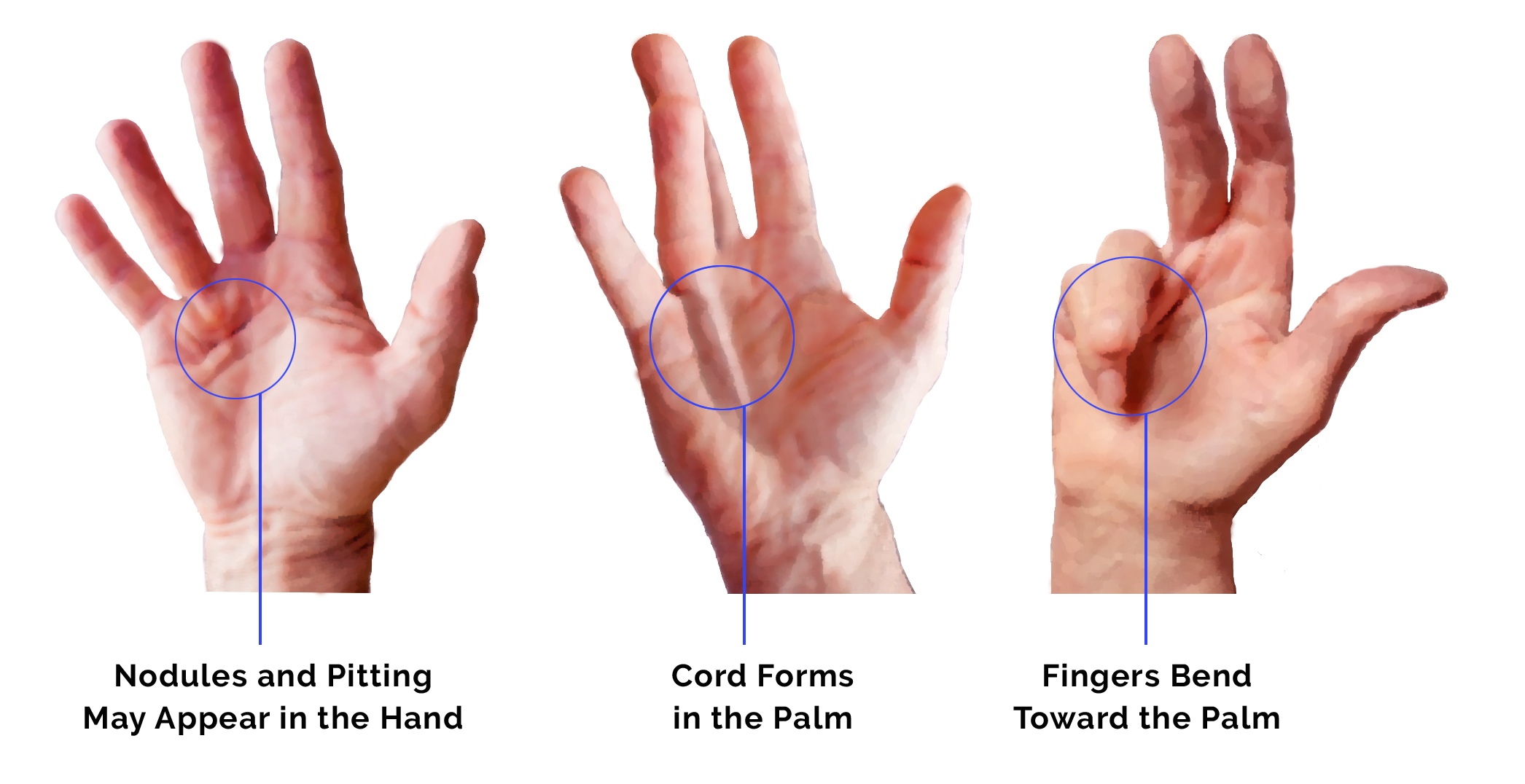 Treatment of Dupuytren’s disease is largely observation until contractures prevent the hand from being laid flat. Stretching exercises and bracing have not been shown to alter the natural history of the disease or prevent contracture. Surgical treatment involves partial fasciectomy (removing the diseased fascia) to straighten the fingers and “debulk” the hand. The surgery is performed with the patient asleep and going home the same day. Postoperatively, the hand and fingers are braced in a straight position at night for 2 months. Physical therapy is a very important part of postoperative care to desensitize/soften the incisions and regain motion/strength.

Another treatment option for certain contractures is an injectable enzyme called a collagenase. The enzyme breaks down the diseased tissue allowing the physician to “rupture” the cord thereby straightening the finger. The enzyme is injected in clinic and then the manipulation of the finger is performed a few days later. This is a great option to avoid surgery but the risk of recurrent contracture is higher than with surgery.